BRUNO ZUPAN has been widely known for his defiantly unfashionable love affair with the art world since his first solo exhibit, in Zagreb, in 1962.  His oil paintings and watercolors, in muted earth tones, radiate that shimmering Mediterranean light he grew up with in Slovenia, and has returned to in Mallorca. Best known for his glowing landscapes, he has also created whimsical images that recall the traditional Slavic naïf art of his childhood, and he has drawn from archaic Greek motifs to call up haunting echoes of antiquity.

Zupan has created some 50 graphics in editions of 200, and while they reveal the same free, rhapsodic spirit as his paintings, they are the result of extraordinarily painstaking work. His lithographs are done in Paris, where he makes all his own plates and color separations by hand. Using 20 to 25 colors, he spends over a month on each image. Zupan sets very high standards for graphics and dismisses lithographs made from originals in other media as mere reproductions.

Paintings and graphics by Bruno Zupan are included in the permanent collections of the Library of Congress, and Congressional Hall in the House of Representatives in Washington, D.C., the Thyssen Collection in Lugano, Switzerland, as well as in numerous museums in Europe and the United States.

His truths are as old and as timeless as the hills he so eloquently depicts. He has remained sublimely indifferent to passing trends for six decades, following his own aesthetic path and realizing his own intensely personal response to the world around him.  The passionate humanity of his art reminds us that some approaches never go out of style. 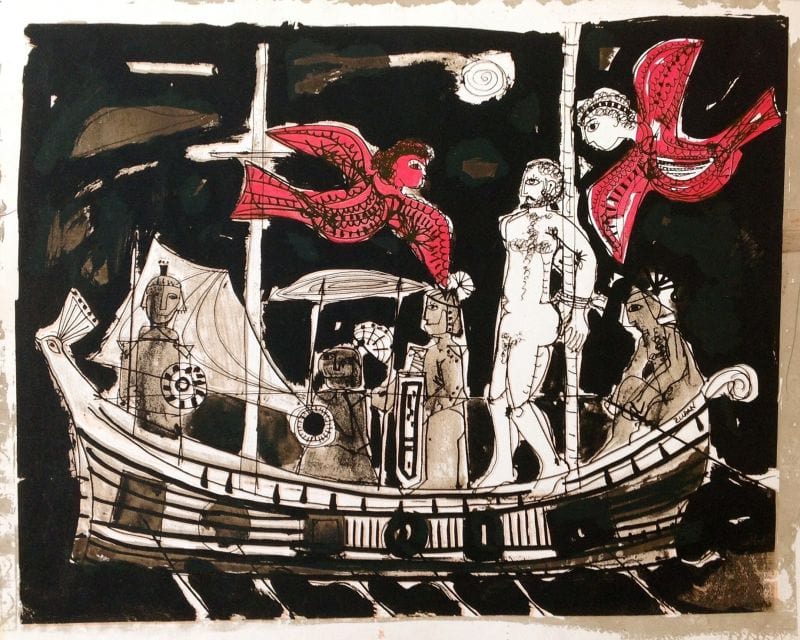 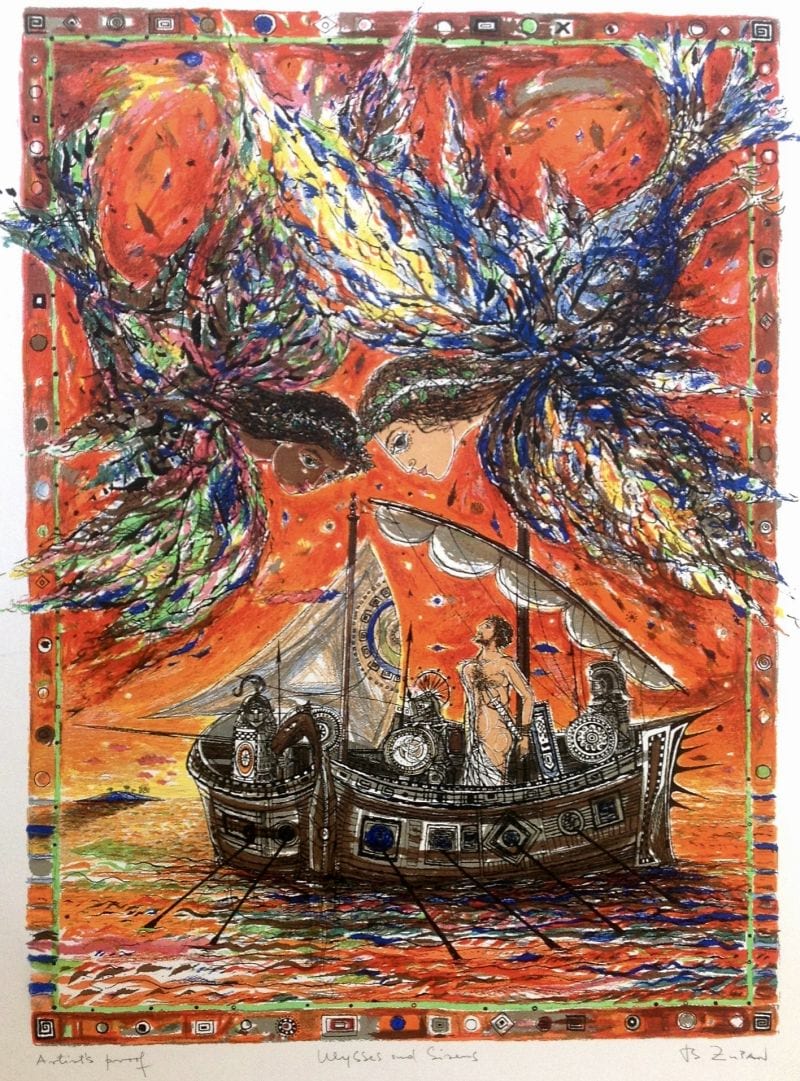 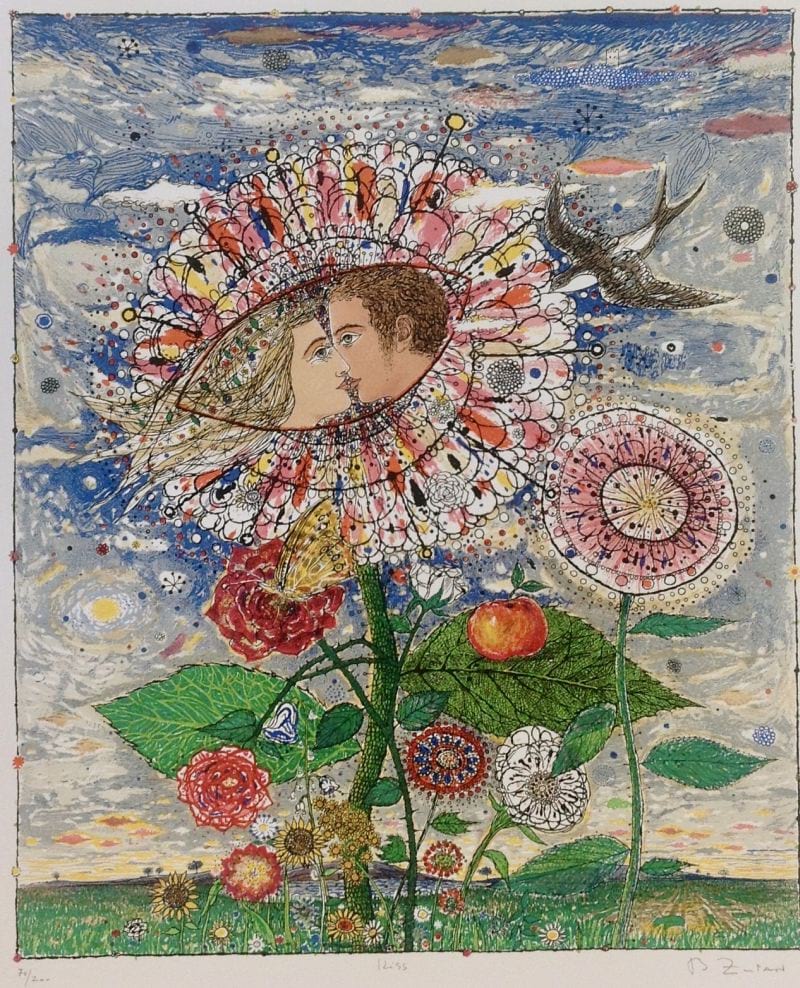 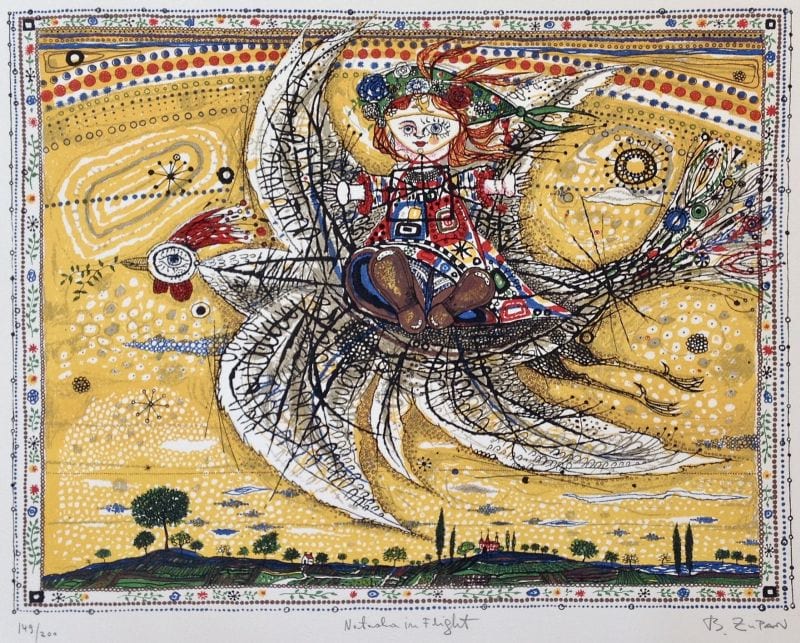 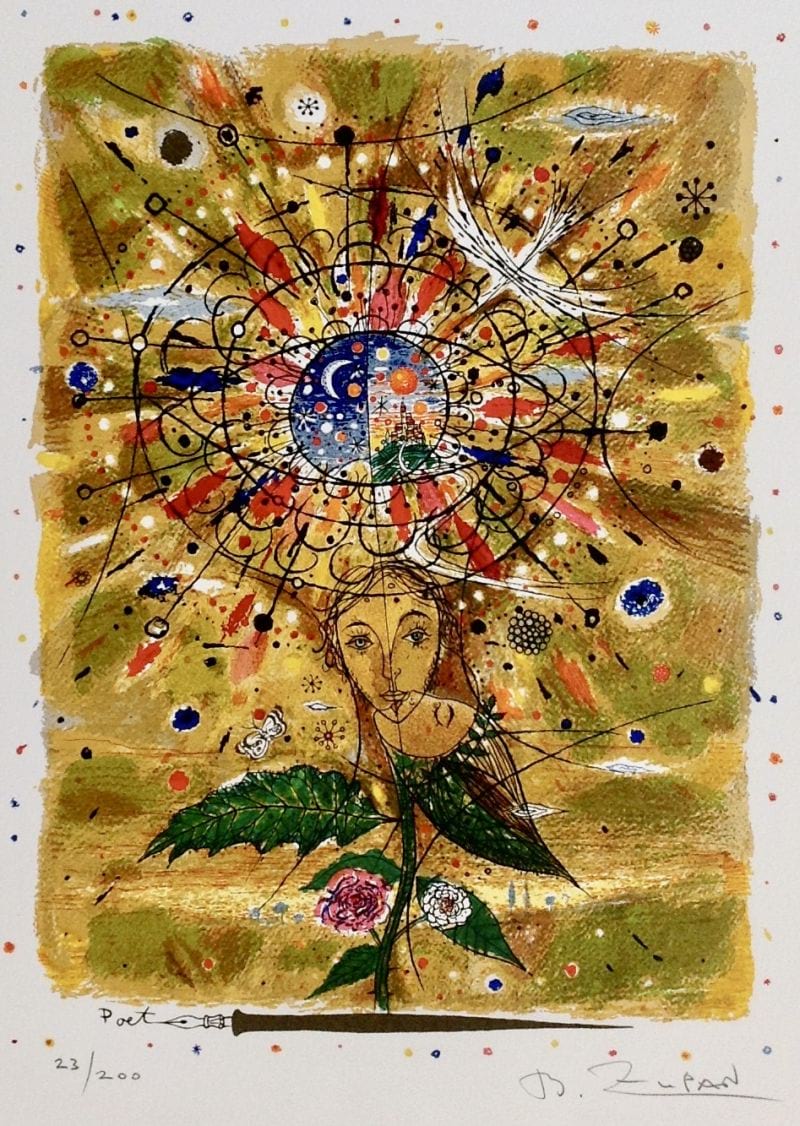 The Poet,
21×15
Serigraph with gold leaf 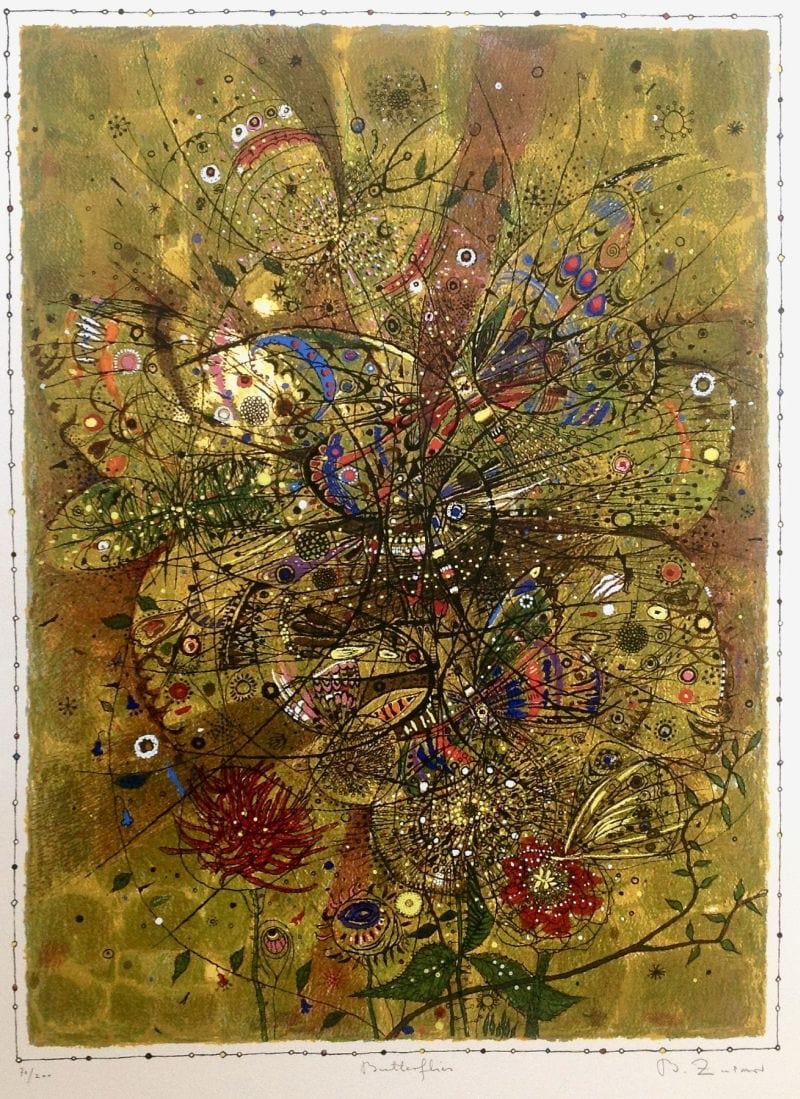 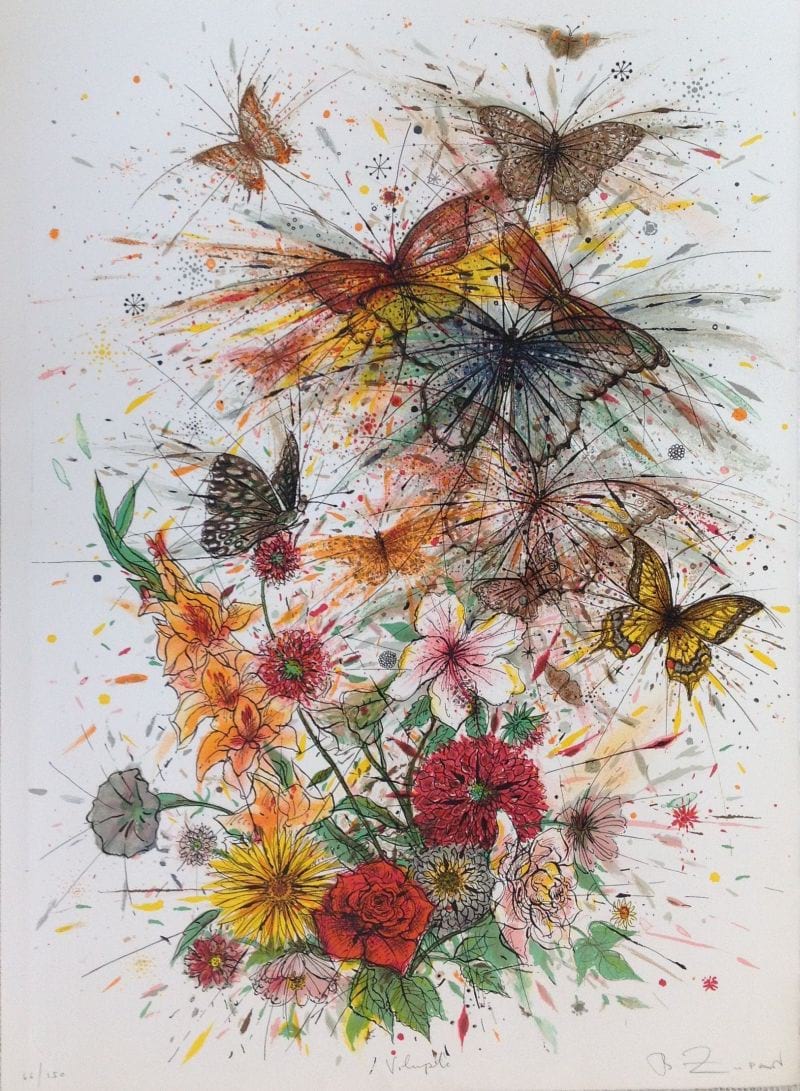 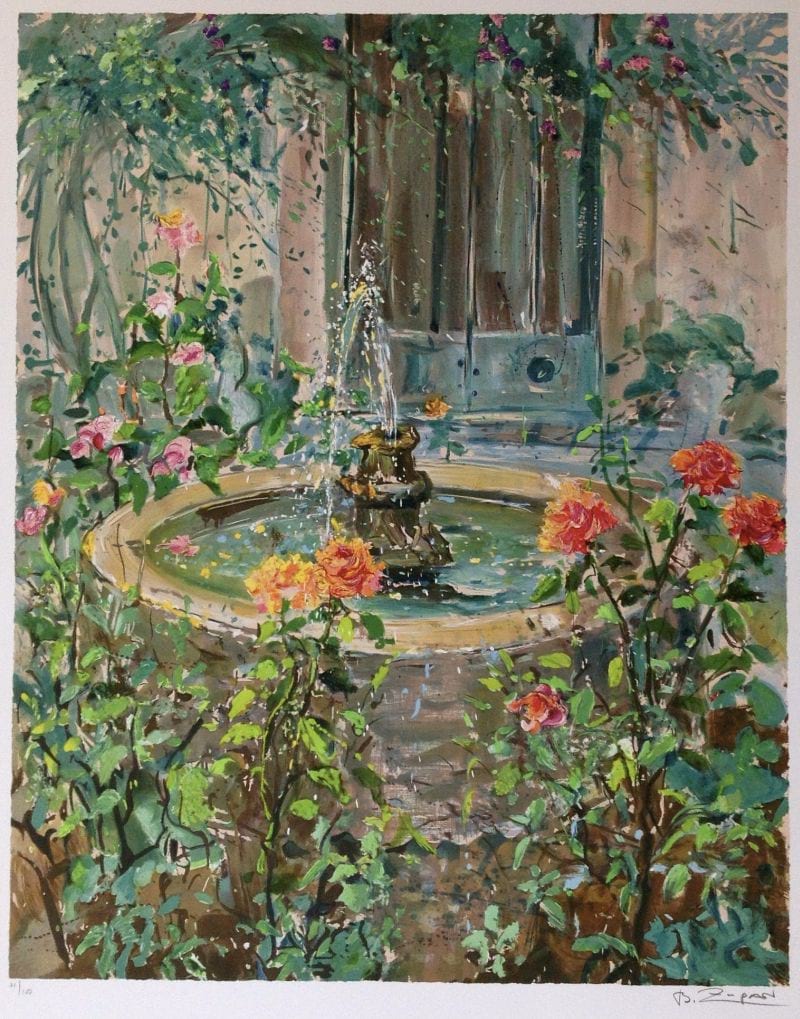 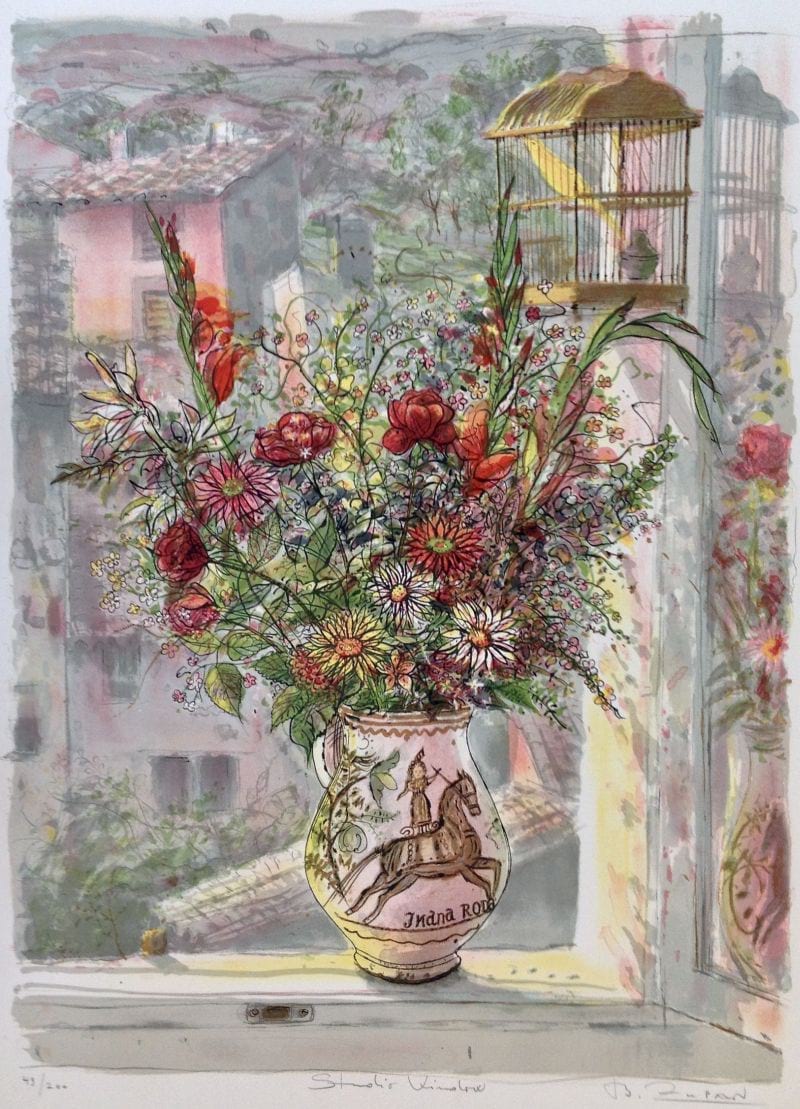 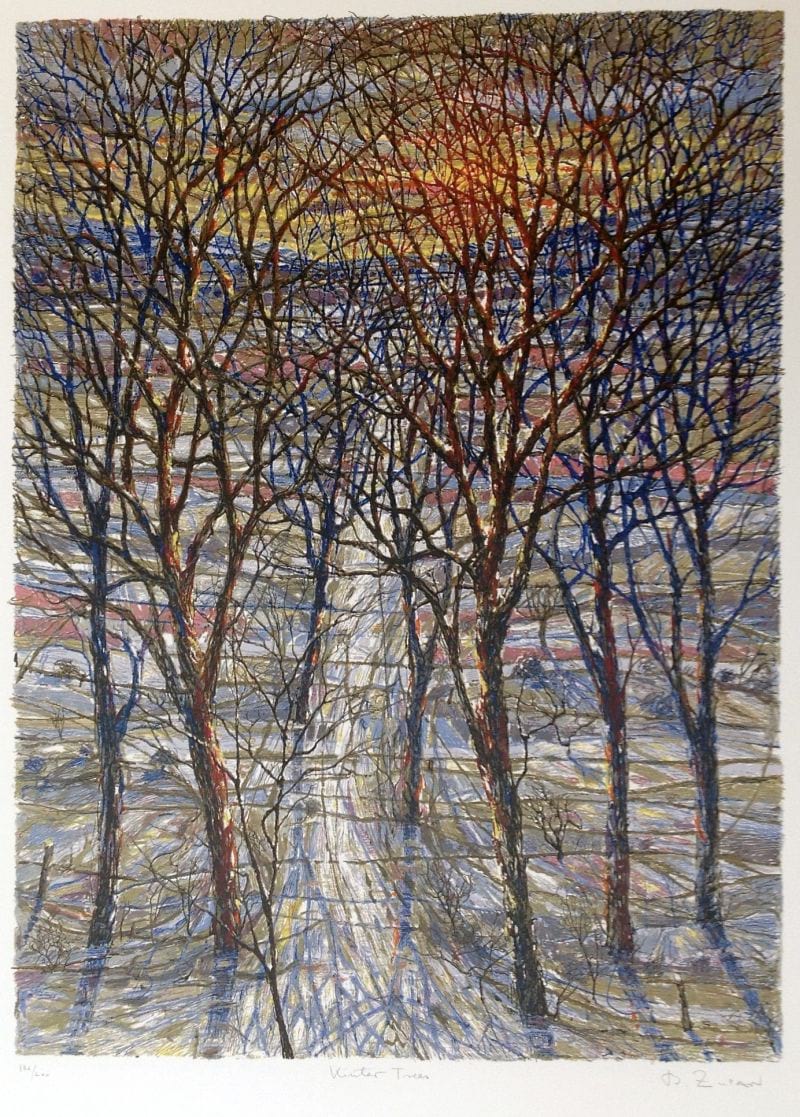 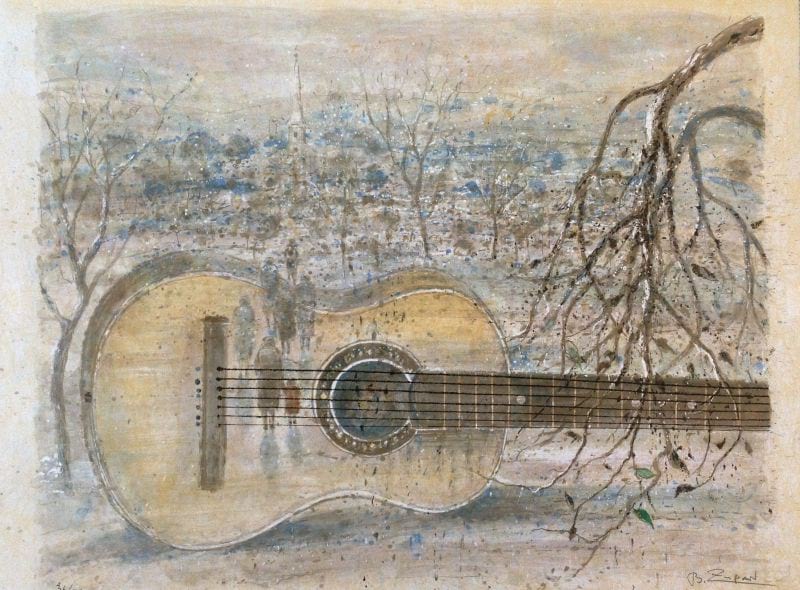 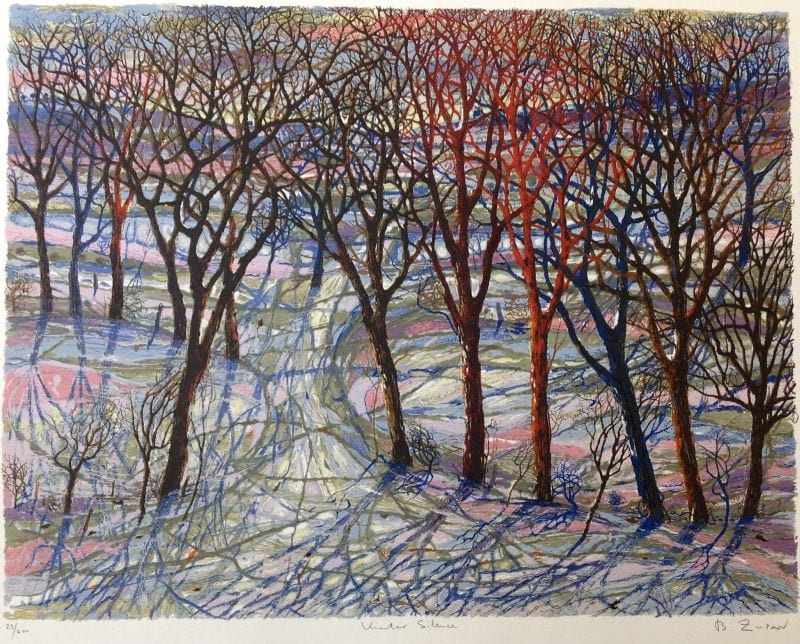 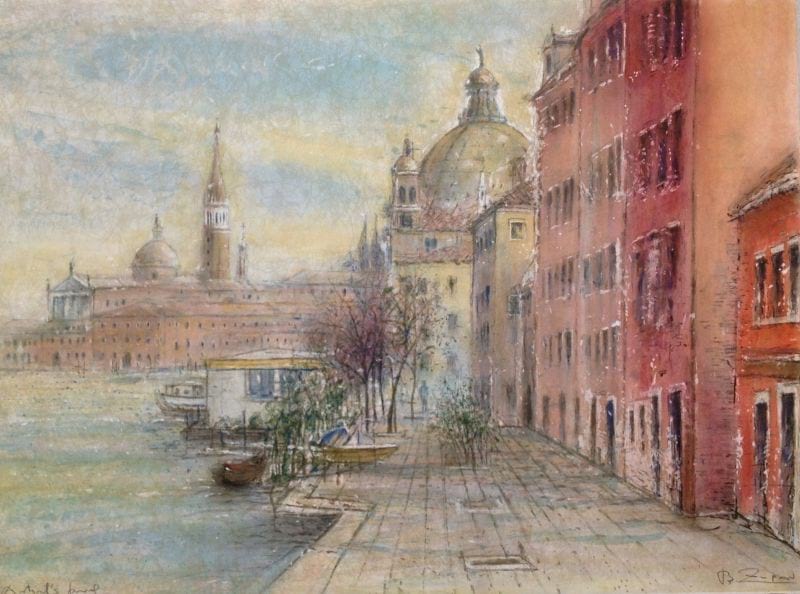 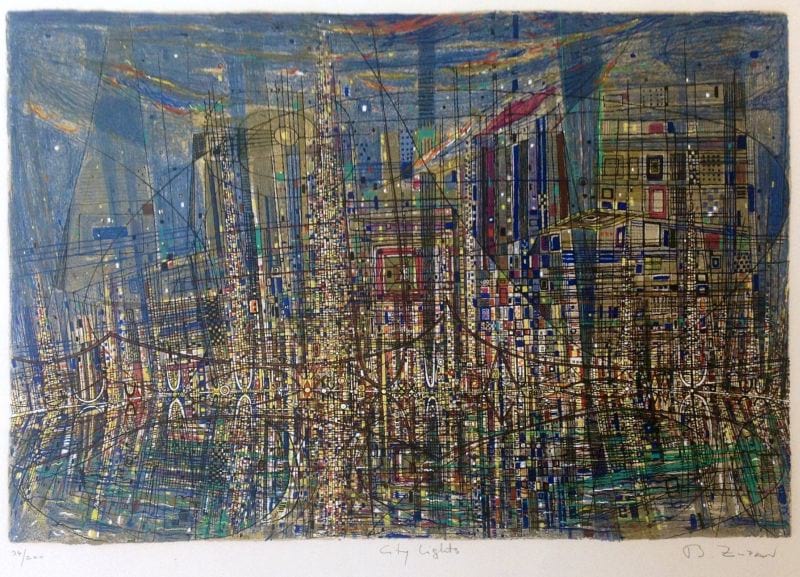